My second-born, Gizmo was a beautiful TEARS kitten, I was desperate to get the late Miss Georgina Maker, a partner in crime, a friend to groom, to snuggle and to play.

I walked into the shelter for kittens and searched. I knew what I wanted and after looking through all the cages filled with kittens, I saw him. Right at the back of the cage, riddled with snuffles.

I asked the assistant if I was able to adopt him and she said NO. He was already imperfect. As he had snuffles and would take at least 3 weeks to heal. I said I can wait. As I fell in love with him at first sight, even though his watery eyes and snot-filled nose.

Today, 16 years later, after being with him all this time, my son had his right eye removed. A massive and very hard decision for me. But ultimately the best decision for him in the long run. As let’s be honest, he has another few years in him.

When he was a teenager, he gave me endless grief, he was a cat with a large personality. Continuously bailing him out and paying huge vet bills. He was a massive cat, big paws, big heart of gold, and although neutered quite territorial. Unfortunately one night he came home with a terrible life-altering scratch in his right eye. I knew it would eventually cause his eye to go blind, but luckily we had many years before that came true.

A year ago, I caught him, being his elegant self. I took these three photographs of him. I only found them recently. Tonight I lay in my makeshift bed in the spare room and watch over him as he heals from his operation today. What a life we have had my kid, and what a future we still have. You will always be brave, strong, and perfect to me. Your imperfection is beautiful.

(Visited 27 times, 1 visits today)
be strong beautiful brave cape town photographer cat forever gizmo I love you im keeping you imperfection life is precious never give up soul this is us you are worth it 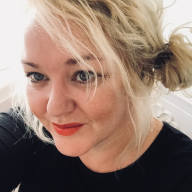